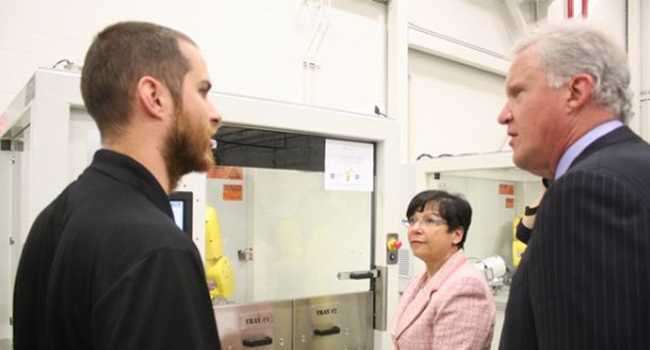 AV&R, represented by its President Eric Beauregard, was invited as a panelist at this private dinner. Sitting between Jeff Immelt and Marc Parent, Eric Beauregard was one of three panelists questioned during the roundtable on advanced manufacturing and innovation.

AV&R is very proud to be involved in these major projects and, with the merger of AV&R Vision & Robotics and IMAC Automation, to be able to be a part of this major players’ league!