AV&R’s robotic systems are designed to automate surface finishing operations (profiling, polishing, blending, deburring) on critical parts of aircraft engines, such as blades. These systems operate using dedicated software called BrainWave which manages the interactions between all the robotic system’s components. For several years, AV&R has been developing BrainWave software to facilitate the use of robotic systems by its operators. One of the features developed is the visualization of the system, creating a digital twin. 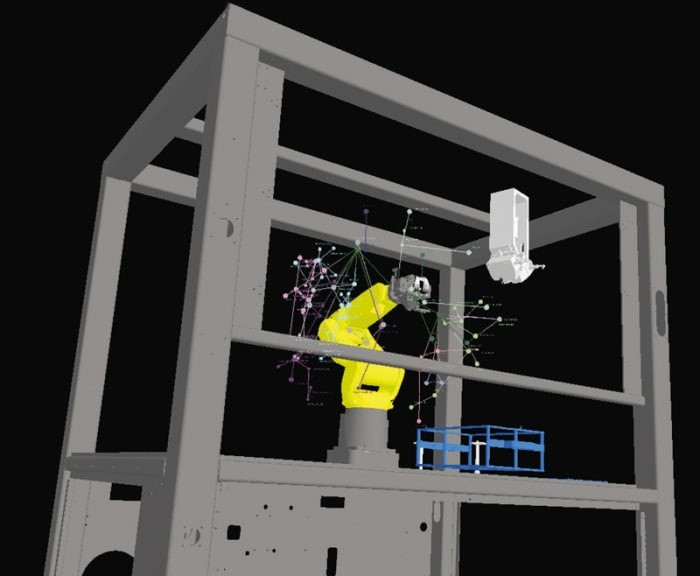 Simulation and Visualization of Physical Elements

The BrainWave software allows users to put into practice the concept of digital twins by designing a replica of the physical cell containing the robot. In practical terms, the operator of the robotic system can see on his/her computer the structure and the physical elements of the cell such as the robot, the motors, the surface finishing tools, the elements physically supporting the parts in the cell, etc.

Simulation and Visualization of the Workpiece

The upstream visualization of process execution allows for an accurate simulation of the actions and thus reduces the risk of damaging parts or the system itself. All actions concerning the workpiece are reproduced in BrainWave, whether it be for material removal or surface finish improvement. Modelling these actions is an essential tool for planning process execution. Thus, process adjustments are facilitated and this leads the way to the automation of process recipe generation. 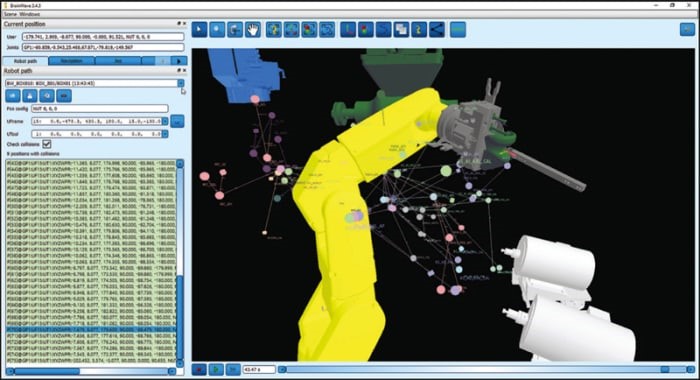 A Replica of the Robotic System in Operation

Being able to simulate the actions of the robotic system makes it possible to validate that the system operates as expected and to identify any problems beforehand. BrainWave views the entire sequence and validates the risk of collision with cell equipment. It also makes it possible to identify any singularities in the robot’s movements. The nodes and positions that make up the robot’s path between two workstations are easily visualized, giving the operator better control. This visualization confers other advantages such as the reduction of robot wear through better control of the navigation nodes or optimization of the cycle time (process execution).

Beyond the visualization and simulation of the robotic finishing process execution, Brainwave allows you to collect in real time and during production, essential data concerning the cell. There are many and varied data: robot position, applied force, robot speed, etc. This real-time data acquisition is used to better understand how the system behaves which is powerful information to optimise cycle time, adjust processes, reduce maintenance down time, etc.

With the possible visualization and simulation in BrainWave, the concept of digital twins applied to robotic systems offers significant advantages. For example, the cycle time in the aircraft engine parts manufacturing or repair industry being critical, the optimization of travel times within the robotic cell results in significant time savings.

Gathering process related data while processing parts allows the building of a knowledge base that improves recipe creation capabilities.

Preventive maintenance is also a direct consequence of the use of the digital twins concept for a robotic cell. Real-time data collection gives more information to understand trends in production, which allows users to optimize maintenance actions, to reduce production downtime or to increase system components’ life.

AV&R has adopted the concept of digital twins via its BrainWave software, thus optimizing the execution of surface finishing processes at various levels. In addition, digital replica is a real aid to the programming and maintenance of robotic systems. The digital twins concept allows connection to sensors, data analysis (big data) or artificial intelligence. It is gradually spreading to the industry, notably aerospace, and seems to have a bright future ahead of it.